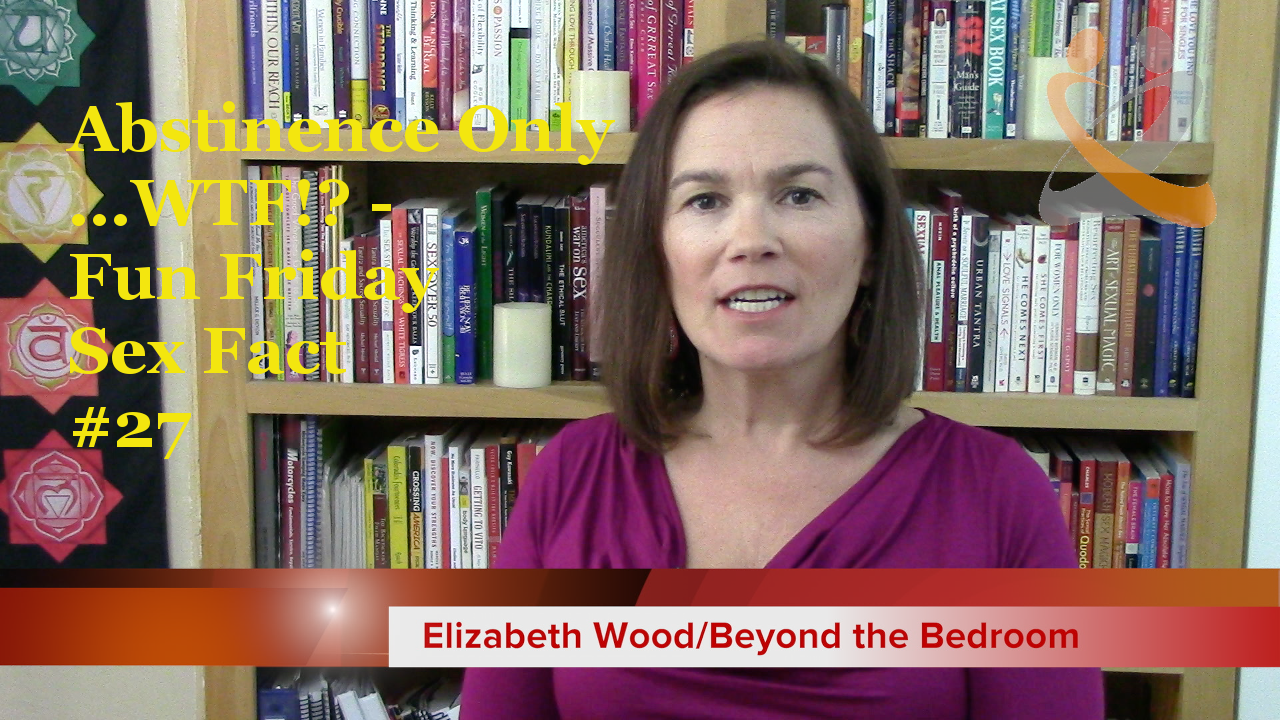 Have you ever wondered how much money was spent on abstinence-only programs? What evidence is there that such abstinence-only programs work? In this episode, Elizabeth talks about the newest and latest research out of Stanford University. She’ll share with you how the Obama administration has slashed funding for such programs while in the Oval Office. Lastly, she’ll advocate for factual, evidence-based sex education because it makes the best sense.

If you liked this please give us a thumbs up and/or subscribe to our channel. http://btbe.co/yt

Beyond the Bedroom is a sex, intimacy and relationship education company creating a classroom you are sure to pay attention in. We are not offering salacious content, but an education that you can apply to yourself and to your relationships.

Hi there. It’s Elizabeth with Beyond the Bedroom, here again to share another version of Fun Friday Sex Facts. So today I’m going to be talking about abstinence only and fidelity-based sex education. Well everybody, they don’t work and there’s finally new research to prove so. The reason why there continues to be funding for these ineffective programs is that there hasn’t been enough evidence to prove them wrong. Anyway, researchers at Stanford University have recently found that the funding for abstinence only or fidelity-based programs has actually found to be ineffective. The researchers found that despite spending $1.4 billion, these HIV programs have been unable to change sexual behaviors or reduce HIV risk. That’s a lot of money– $1.4 billion over time. In recent years since Obama has been in office, there has been a reduction in funding to these ineffective programs. Perhaps now, based on this conclusive evidence, the remaining $50 million spent annually can now be spent on programs that have proven to be more effective, and those are programs based on fact-based evidence and real information that has been shown to be more effective in reducing HIV and high risk behaviors in the general population. These researchers studied over 500,000 individuals across 22 countries, so it was a very, very comprehensive study and again, it showed that there was no change in individual behavior which, you know, doesn’t sound very good, now does it? Let’s stop depriving all the at-risk populations of access to the evidence-based information, real education, cost-saving measures that would really improve their sexual health and their well-being. So if you’re with me you’re going to give ‘thumbs up’ to the researchers at Stanford University because abstinence only doesn’t work. Bye.

This just in: since I recorded a couple days ago, the video on abstinence only programs, I want to let you know that Obama has cut all abstinence only funding in his 2017 budget which means $0 will be spent on programs that don’t work. So thank you President Obama. He’s being praised for his commitment to secure the right to quality sexuality education for young people and while he was at it, he added an additional $4 million increase for teen pregnancy prevention programs. So thank you– I don’t think it was me taping my video, but he’s on the right track. Let’s get high quality information, fact-based, available for all. Thank you.