Gay Marriage and the Relationship Revolution

Gay marriage is being hotly debated all around the country. In an effort to block marriage equality for gays and lesbians ultra conservatives make the argument for marriage being about procreation and serving the interests of society. The challenge is the argument does not hold up under even the slightest scrutiny and actually shines a light on what many conservatives are really being challenged by and that is the relationship revolution as an expansion of the sexual revolution.

The argument that marriage should be between a man and a woman so they can produce children in a proper way for society brings up images from the 1950s where women stayed home to breed children and men brought home the bacon. It makes a case for only those people planning to have children as being allowed to marry which most people feel is just plain silly. Marriage was for many centuries a contract between families, usually wealthy men. Property in the form of a man’s daughter was exchanged and transferred for some favor or political alliance and for a man to have legitimate heirs. Women became a man’s wife and property; they had no rights and often no say. Marriage was a means of status and survival for women. Many of these values were still alive and well as late as the early 1970s but the women’s movement and the sexual revolution significantly changed the gender roles and expectations of relationships, love and marriage.

Relationships have changed, men and women’s roles have changed and we are really in the midst of a relationship revolution. The change in gender roles are in many ways at the heart of this revolution and what many conservative are fighting against. This is one reason we see the push for a ban on abortion, reproductive rights and access to reliable birth control. The women’s movement is deeply tied to birth control access and birth control to the sexual revolution. For many years, unwanted pregnancy was used as a means to keep people especially women in line. Women who were pregnant out of wedlock were shunned and pushed to the fringes of society, as if having a child were a punishment.

Times have changed. Less and less people are choosing marriage; they choose to live with a partner and not complicate it with state sanctioned marriage. Many people chose to live single and never marry for reasons of career, lifestyle or simply independence. People who do choose marriage often marry as equals and many have no interest in having children. We live in an age of choices and possibilities. Relationships are no longer based on survival and necessity but on love, connection and meeting personal needs. People still focus on finding the perfect mate but it is in a different context. People are not looking as much for status and approval of parents and society but instead for connection, fulfillment and lasting love. Values have changed; gender roles have evolved and thus so have people’s most fundamental relationships.

One challenge out of all of this is that many of people did or do not have good role models in how to manage these evolving relationships. In the past people simply took on their roles and kept quiet. Women with philandering husbands were told they needed to deal as this was a man’s prerogative. Men and women did not communicate about their needs and rather focused on doing their duty as a husband or wife in the eyes of society and family. People were taught to lie and simply swallow their emotions and not rock the boat. Divorce was not an option for most people and your duty was to stay together and make the best no matter how miserable the situation. Violence, rape and abuse of children were not talked about and not seen as a crime but a family matter to be kept quiet. We no longer live in that world and in modern relationships we require skills that former generations never had the opportunity to develop.

Modern romantic relationships are evolving, and though some would say this is bad for society, in reality it is good for human beings and ultimately for society as a whole. Relationships skills are now focused on an ability to communicate, to be honest and to open ourselves to real intimacy. Sex is no longer a duty and is engaged in mutual pleasure and only occasionally for procreation. Like many things, it takes practice and skills to make relationships work. These skills of communication with our partners spill over into our work, the way we raise our children and to all our relationships. The biggest roadblocks for most people are the lack of knowledge about what they need and want and the ability to communicate this.

Many adults grew up with parents who were in the midst of the changing roles created by the women’s movement and sexual revolution. Their parents took the brunt of the volatility and emotional upheaval of this transition. Now younger people are growing up with an understanding that relationships present many possibilities and so does sexuality. Many are forgoing real relationships and simply hooking up for sex while avoiding real intimacy due to fears over divorce and emotional upheavals they have witnessed. It is not just important but critical for people to learn how to communicate in effective ways with the people they love. When people lack these skills they end up spiraling into emotional battles and power struggles with their partners and often create self-perpetuating problems. When the issues get to be too much most simply move on to another relationship and often bring along all the baggage of the previous relationship and thus repeat the same scenario.

The relationship revolution is a transition from relationships for procreation and survival to relationships for love and intimacy and this requires thinking about romantic partnerships in a different way. One can’t assume the person they met for coffee is looking for monogamy, marriage and kids. People need to learn to ask questions and not assume that two dates and a romp in the bed mean the person is going to forsake all others or even wants a partnership. People need to look within themselves and ask what it is they really want. Is it companionship, love, sex, a family, a lifetime partner, more than one partner or some mix of these that they want in their romantic relationship. Do they want to live alone and be autonomous? Whatever a person wants, it takes conscious effort to look at and explore possibilities and figure out what it is a person wants as an individual. For many this feels overwhelming and it seems easier to just move forward and see what sticks. The challenge is people often end up in unhappy situations involved and in love with someone who wants something completely different from them. In truth, it is better to know what one wants and communicate this with potential partners so we know if we are on a similar page and can move forward.

This really is a revolution in the way people have conducted their relationships in the past. It is one that is centered inward instead of outwardly. There is more concern for fulfillment and happiness then looking appropriate from the outside. The gay marriage movement is very aware of this since just to be openly gay means a need to look inward and then live through a sense of inner guidance and not from what the outer world thinks. Interracial and gay couples have done much to lead the way in the relationship revolution. Many of the same issues faced by gay and lesbian couples today were once faced by interracial couples in the 1960s and 1970s when many states had bans on marrying outside your race and people often had to hide their mixed race relationship.

As gender roles evolve, acceptance of same sex relationships grows and being single is accepted a great choice for many, the revolution continues. Polyamory, swinging and other relationship possibilities are coming out of the shadows. These are opening up even more possibilities in love, romance, intimacy and family. We no longer have a narrow choice of parental, governmental or societally approved relationships. Interracial and gay couples were the trailblazers of this revolution along with the leaders in the women’s movement and those who fought for access to birth control. Polyamorists and swingers are the pioneers daring to take relationships beyond coupledom and monogamy. No matter your orientation or choice of romantic partnering, the relationship revolution has changed things, not only the way we have romantic relationships but even the why we choose a relationship. This is really at the heart of the fears of the conservative backlash against women’s rights and gay rights. Sexual freedom and relationship freedom also free the mind. People who consciously choose, who learn to communicate and who know what they want as an individual are much more difficult to shame into compliance or control. As relationships evolve it will affect not only the power dynamics within marriage and romantic partnering but power dynamics of business, politics and religion.

Where ever people fall in this revolution, it can be confusing and emotional. It is important for people to know there are places to learn and information to help an individual navigate the complexities of modern romance. Many people are tripped up in love by the generations of subconscious programing from fairy tales, the equating of marriage to ownership and marriage being the only legitimate commitment in relationships. Many people will revert to these unconscious patterns after they say “I Do” without realizing they are even doing it. They find themselves wondering what happened to the person they wanted to marry and why did they change. This is why it is important to explore, ask questions and to understand that over time people themselves evolve and change.

People can hopefully realize that like most things in life, relationships and skills to make them work will take practice and learning. People are not born knowing how to navigate the complexities of emotions that come with deep intimacy any more than they are born knowing how to multiply. Knowledge offers individuals the opportunity to explore, grow and understand what they need and want as well as the skills to communicate those needs. By being aware and conscious of unconscious patterns as well as choices and possibilities, individuals can make better choices, communicate their needs and hopefully find the relationships that fulfill and meet their intimacy, touch and love needs.

What a revolutionary idea to love consciously, ask for what we want and communicate honestly with those we love and choose to be in partnership with. 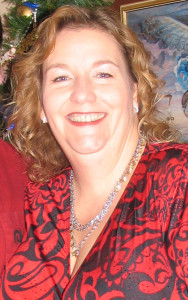 Robyn is the Executive Director of Loving More Non-Profit, a national leader for polyamory awareness, relationship counselor, workshop facilitator and writer. Since 2004 Robyn has worked to expand  awareness of polyamory and choice in relationships, appearing in numerous articles, radio shows and TV. Robyn is a national speaker and advocate for polyamory and family of choice she has been a speaker at conferences, taught at universities and been a featured keynote speaker. Robyn has been openly polyamorous for 24 years, raising three children in a polyamorous family. She has been running  support groups, teaching and facilitating relationship and sexuality workshop since 1999. In addition she counsels polyamorous individuals and families. Currently Robyn is working on two books. Website: RobynTrask.com and LoveMore.com