Is it Okay To Date An Older Woman 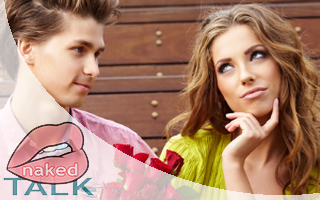 Cathy and Elizabeth describe their experience dating younger men and how they felt. Dan shares what he likes about the idea. As long as it’s consensual and the couple has common interests, all three of us give thumbs up to dating to older women.

Cathy Vartuli (CV): So someone wrote in and said that– he sounded a little sheepish, like he wasn’t sure it was OK to ask– but he said, “I really like dating older women. I’m 24 and I just adore dating in their late 30’s, 40’s, even early 50’s. It’s just really fun for me, but I feel really ashamed. People call that cougar hunting and is that OK? And how do I find them?” So this is Elizabeth Wood, Dan Powers, and I’m Cathy Vartuli. They’re from…

Elizabeth Wood (EW) and Dan Powers (DP): Beyond the Bedroom.

CV: That was really good.

CV: Yeah, you practiced! And I’m from the Intimacy Dojo. So what are your thoughts?

EW: Well I was in that situation once and it was really fun and really exciting.

DP: You were the hunted?

EW: I was actually pursued, yes, and I actually said yes to a gentleman who was 14 years younger than I was BUT this was right when Ashton Kutcher and Demi Moore started to date, long before they were married. So I thought– I just– I felt sexy and, you know, that sort of lustfulness of that young hunger and it was totally fine until somebody said, “Hmm, who’s he with? Is that his mother?” But anyway, I had a ball until that comment, so it was a lot of fun, it really was.

CV: I don’t think there’s anything wrong with it, at all, as long it’s consensual and you may have to deal with some society input. I dated someone who was 18 years younger than me for 6 months and we had a really nice time, but after a while I didn’t feel like there was as much in common as I wanted to have.

CV: But I don’t think– as long as it’s mutually satisfying, there’s nothing wrong with it.

DP: I absolutely agree. Being a little bit older man now, but younger, the experience of an older woman, the– one of the things that I found is women, when they get to their 40’s and especially in their 50’s, they kind of throw off some of the societal withholds.

CV: They just start having fun?

DP: It’s like OK, my parents aren’t around or I don’t care, they’re throwing off religion, maybe, they’ve been in a relationship and maybe got divorced and, like, I want to start having fun now and so they’ve got some experience and they’ve got some hunger, themselves, and it can be so much fun for both. It’s mutually beneficial in that respect and I absolutely think there’s nothing wrong with that. Now, would I want to have a long-term relationship that way? Maybe not.

CV: And everybody get’s to choose, there’s nothing…

EW: But if you’re both having fun and you’re both enjoying it and you have things to talk about, so it’s not always just sexual, you have some really similar interests– they don’t have to all be… But if there are similar interests and you can keep the conversation going, I think that that bodes well for the longevity.

CV: And I think everybody has different likes. Some people don’t like dating or having sex with bigger women, some people are like, “Yeah, that’s really fun,” or, “I don’t care. You’re a (?)3:03 person, I want to sleep with you,” and so you just have to get out there and meet people. The more people you meet– and if you’re willing to share what you want, that makes a huge difference. So something like that, maybe Fit Life (?)3:13 might be a good place?

EW: Yeah. And I would assume that there’s some dating websites that might be, like, Cougar-related websites– I wouldn’t know what they were called.

CV: Well, you know, OK Cupid has a lot of flexibility in what age ranges you can choose and they’re pretty friendly.

DP: We have a friend that has a Cougar limousine service, so she really caters to that cougar kind of…

CV: So drive for them!

EW: It sounds like a lot of fun, I hope you try it.

CV: Yeah. And one thing you can do is learn to be OK with who you are. So it is surprising, the first, “Is that your mother?” Like, all the stereotypes. But after a while, if you’ve got , “Yeah, she’s not my mother– she’s my date.” That’s really hot. It’s like, “I get to like what I want and this person’s with me and I’m really proud of it.” That would be fun.

CV: And I think we’re expanding our age range of what is “sexual”. It is used to be that it was kind of shameful to date somebody who was in their 40’s because they should have given up that sex stuff. Whereas, I’ve been to play parties where there have been 60/70 year olds having a blast in the middle of the room, so there’s still a chance for you to find a cougar.

CV: Thanks very much for asking.

CV: We’d love to hear your comments. What do you think? Where do you find cougars if you’re looking for them?