Men, How Can You Become More Attractive to Women 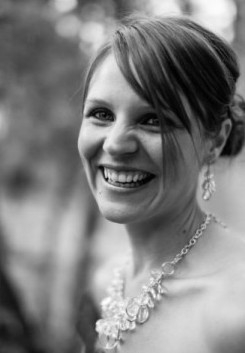 Men, how can you become more attractive to women? Would you like it if woman would give you the eye like they do James Bond? Do you have a secret or not-s0-secret desire to be able to walk into a room and have every woman’s head turn? Watch what Christine Myrick is teaching men that is doing just that.

Or, read the interview transcription below:

Dan:                       Hers, yeah but it’s really great to have her this year comfortably on the bedroom. I think what she’s got to talk about is going to be valuable for many of our participants, in particular the men. This is something that we’re focusing on a little bit. Tell me a little bit about yourself.

Christin:               I just got married, like Dan said. I’m really excited to present it beyond bedroom. I love everything about what Dan is expecting. About me, I bake, that’s exciting. I work with men; this is probably what you really want to know. I work with men, I’m a men’s coach and I help good guys become better men through their authenticity and solidarity. I teach them how to align with their true self so that they can have more connection and deeper experiences in their life and in their love.

Christin:               But it was a lot of fun and a lot of my fellow colleagues would always come and ask me questions that I found that I enjoy talking to me more than doing computer work and at the same time I was also experiencing a life that was very numb, it was very checked out, I was very sexually turned off. It was just numb and someone I fell in love with said “you got to figure this out. I don’t care what you have to do, just figure this out.” So I went and got training in coaching and sexuality and therapy and all kinds of stuff and along the way I learned that I really enjoy working with men and they were some of my greatest fears and I just have a profound gratitude for what’s possible when a man is in his masculine.

Dan:                       Nice, nice and I’ve taken a lot of her classes and it is fun to watch her deal with these guys, especially when she wears the nice dresses and outfit that she wears. She’s beautiful as you can tell and it’s a real treat to see her like that.

Christin:               The class is going to be, I’m not a big fan of just talking at people. I really like to get people involved in experiences. This doesn’t mean that I’m going to ask them to get naked and stuff like that. It’s more about understanding what kind of lover you already are and then capitalizing on that information so that you can be more, I would say connected. I’m not sure.

Christin:               I’m going to teach you a little bit about some of tools that help you get to uncovering what kind of lover you are. Some of those tools are attention, understanding the quality of essence that you bring so everybody has a different flavor and the more range you have in your love making skills, the more fun and play you can bring in. I want to talk a little bit about how to move from different flavors within yourself and then also what to look for in your partner so that when you are in love making, you can connect deeply and the whole experience is more pleasurable with the tools you already have so you’re not going to be learning any new techniques. It’s going to be drawing upon things you already contain inside of you.

Dan:                       Okay, my mind just gone blank. You’ve already said what you’re going to do if you’re in the bedroom, why you’re excited about doing it. I think we finished the interview and we need to go. Actually people I talk to just kind of run it down a lot so it took a lot longer.

Christin:               Did you want to ask about, one of the questions when I had was “do you have any real world examples of someone who’s strange?”

Christin:               Real life examples and why would people come is the question that I remembered.

Christin:               Yeah, one of my favorite examples is with a man who he wasn’t quite sure what he wanted and when he learned how to connect with any woman, I thought him some tools to connect with any woman in an intimate way, and then he came back to me and said “well now that I can connect with anybody, how do I know what I want?” He had the opposite problem. He had so many options that now he had to narrow down and get really clear on the kind of relationship that he wanted. It was just really fun to see that process from being like “I’ll never find the one” to “everyone is the one” he was so freaked out. It was awesome.

Dan:                       That is another huge point. I went to a dating group recently just to kind of check it out, not that I’m looking for dates and the people there were exactly in that boat. Not the boat were the good problem of there’s too many people, it’s “I’ve got this scary mentality that there’s nobody out there that’s available for me. How am I going to find a guy or a gal?” they’re just in a kind of needy, desperation state. That’s really awesome.

Christin:               I do, primarily I have one-on-one sessions and group sessions. In the one-on-one session it’s based on an individual outcome or contacts going on for that guy. It could be he’s looking for love of his life or he doesn’t know why he’s here in the world and work really well. We come to clear goal, that’s the objective. Guys like objectives.

Christin:               I know it’s great, actually as a coach it’s awesome and then we work through the different tools of attention and awareness and presence that can get you what you want. That’s the one-on-one work. In the group settings, there’s like these rotating groups that I do every month. I have a meet-up called the better man meet-up and those are various topics about masculinity and leadership and connection and beyond that I have weekend extensive that cover the principles and foundations, content that I’ve created about how to self-resource your masculinity within you and how to move through situations that come up so you can be more aligned with yourself and with people that you love. There’s a lot of emotion at that.

Christin:               I look for the men that I have the most, that get the most bang for their buck at what I do. Those types of men are usually, not always but very frequently are usually very intelligent. They have some kind of computer job or doctor job or something and they want to have connection and they don’t know how to get there so there’s something that they want, that they create and that they yearn for and they don’t even know what it is and that usually is something like intimacy and purpose.

Dan:                       You see a lot more men in particular, because that’s what you’re focused on, of becoming that way because of social media and our gadgets and our iPads and our phones and we do Twitter and Facebook connecting so we don’t have to connect to personal people.

Dan:                       That’s great because I agree with you. I may be polarizing or not, I don’t know but I actually know this because it is. I agree with you exactly.  I think our society repressed men from being who we are and it is kind of deserved because you come across with such masculine power, take versus communicate and negotiate and work with each other and some men have gone the complete opposite way. They become so feminine that they just don’t have any kind of masculinity at all.

Dan:                       I don’t think they necessarily don’t have desire. I think they might have desire but they don’t know how to show that. They come up to a woman, especially a pretty woman like yourself; they’re going to be very shy because I don’t want to offend you or anything like that. I’m going to sit here and hope that you’re going to notice me and then you’ll kind of take over which is more of the masculine energy that men, I should say woman should suppose to take but traditionally do take on but we also don’t like the men that come up and say “hey baby, I’m going to take you. I’m going to beat you with the head of my hammer and haul you back over to my cave and own you.”

Dan:                       Yeah, it’s not that kind of negotiation but I think if a man comes to you and has this masculine energy, even a sexual energy that is carried well, then things will work out nicely. It’s a lesson that you’re showing them to do.

Christin:               Yeah, is to line up their words with what they desire. What ends up being creepy to woman, this is one of the biggest complaints that I hear. One of the things that we talk about frequently is that if I tell a woman what I really want, she’s going to think I’m creepy. Can I swear on this?

Dan:                       I saw a YouTube video recently and it was a social experiment where a woman was able to talk to a hundred different men and ask them if they would like to have sex with her and if the man said yes then they would walk off and I don’t think they actually had sex but it’s interesting that 53 of the hundred men that she asked said yes and they started to walk off so their assumption is that they’re going to have sex with her and then I think they told them that this is really a social experiment and figured out but then they did the opposite. They had a man go to a hundred different women and ask them and just not I’m hitting on you kind of way, it’s literally “would you like to have sex with me?” just walk up to them, whether they had a boyfriend with them or not and same with the woman asking the men too. By the way, most of the men who said “no” had a girlfriend or some partner, female partner that was with them. Most of the guys that were alone said “yeah” but none of the woman said yes.

Dan:                       It was really interesting. A bunch of them laugh, they thought it was just a big joke. Everybody was taken aback; it’s kind of like “what? Excuse me?” and one woman threw water in the guy’s face. He walked up to her, she was sitting in a restaurant, she was so stunned and she [water splash] and then walked off. Another one said “we’re God fearing Christians and we don’t do stuff like that” but none of them taken up on it.