American Puritanism Needs to Stop for Healthy Relationships to Happen 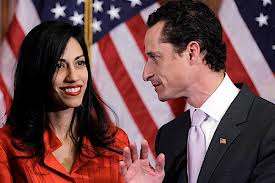 Is anyone else tired of the BS around American Puritanism especially around how our politicians or famous people are judged for their sexual behaviors without regard for their contribution to their field? The latest target is Anthony Weiner.

Now, I don’t know Mr. Weiner or his politics, so I am not speaking to his capabilities in office. I would assume, however, that since the state of New York voted him into office that he probably is a capable politician. With that said, I really don’t hold many of our politicians in high regard. For those who might not know, Mr. Weiner is a former member of the United States House of Representatives. He resigned after the scandal regarding his sexting a variety of women came to light.

“Oooh! I feel so bad for his wife!” Wait. She has forgiven him and says she loves him.

A recent article written by Kimberly Lo entitled “Why Sexting is Cheating” displays our predominant attitude towards sexting as cheating, based on a non-scientific survey. I won’t argue that many people see sexting as cheating, however, I don’t think the act of sexting in and of itself is cheating, but rather the lying about it that is.

The author starts off her article stating an “overwhelming sense of sympathy” for Congressman Weiner’s wife, Huma Abedin, every time she sees her standing by her husband’s side.

What the author didn’t say is that Mr. Weiner’s wife has forgiven him. Who knows, maybe she has and maybe she hasn’t really forgiven him, but I will take it at face value, not knowing her personally, that she has in fact forgiven her husband. Furthermore, I don’t care. That is a personal issue between the two of them, not the American public. Yes, he may be a sleazeball, but so what. For them to thrive in love, they certainly don’t need the approval of the America public regardless of how healthy their relationship might appear to those viewing it from the outside. 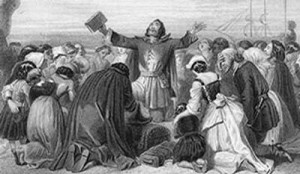 So, what’s the problem? I feel the scrutiny should be with his politics. As the New Yorker states in their article “Understanding Huma” Weiner is a capable politician. There are groups of people out there now actively campaigning against Weiner’s run for Mayor of NY based solely on the fact that he was sexting and therefore can’t be trusted. Bill Clinton was having an affair as President of the United States. I didn’t care about his personal affairs then either. History shows that George Washington, Thomas Jefferson, Franklin Delano Roosevelt and others all engaged in extramarital affairs during their time in public office. Just because they were actively engaged in extramarital affairs does not mean they couldn’t lead politically.

I believe it is our country’s obsession with sex that is the culprit here. The pervasive views of our culture are anti-sex. Better said, our culture does a poor job educating us about healthy sex, sexuality and does a poor job helping support healthy, stable relationships. An unfortunate consequence is we have no understanding of others differing viewpoints and styles of relating when they are different from our own. It is the personal choice between the people in relationship to one another that really matters. As long as their choices are consensual, how others decide to define their relationship styles and choices is their own and not mine to judge.

I for one don’t care about Weiner’s sex life other than to note anything that might be useful for me. I do think Weiner is guilty of cheating only because he didn’t inform his wife ahead of time. She knows what he did and has chosen to forgive him. Whatever problems may exist in their relationship are personal and private and are theirs to solve as they desire. Who am I to say what is best for them; what type of agreements they should have between them? I know nothing of them and what makes each person tick. It is their exploration, their relationship, their marriage.

What I do know is that I do not want outside influence to dictate how my wife and I should conduct our relationship. Those decisions are ours to negotiate, manage and evaluate together. We are honest with each other allowing the other to state his/her desires with a sense of trust and understanding that desires are just that…desires. Desires are human and it is a personal choice and a private agreement between partners whether or not they are acted on. 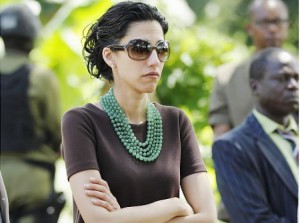 It is human nature to have desires. The chemical cocktail responsible for desire is a strong one. When dopomine and oxytocin start pulsing through our blood streams in response to certain stimuli, these hormones can override our ability to make the best decisions for ourselves and our relationships. If we were able to have open and honest conversation about this fact, we would better handle the situation in the moment. We are who we are. We are sexual beings. We are human beings with brains that best serve our relationships when we use them to make personal choices about whether we act on these desires or not.

America, grow up. Sex drive, feeds and supports us. It’s fun, pleasurable and enjoyable. It is a healthy, normal biological function that naturally occurs for each of us. How we make use of our sex and sexuality is a personal choice and a choice made between two consenting adults. We will continue to explore ways to express ourselves, with the newest and latest technology, trinkets, and devices. We should. Sex is about play. My best advice is choose your partners wisely. Negotiate strong agreements in honest conversation. Establishing these early and revising them whenever necessary will save a lot of personal heartbreak and public embarrassment.

As for Weiner, I choose to look at what’s really important. Is he a capable leader? Is he making valuable contributions to society and his industry? I believe the answers to these questions are more compelling and more important topics of discussion.

It is my belief that if we were more accepting of our true nature and desires as sexual beings, and allow each individual to navigate what that means for them and their relationships, we would all be much happier and healthier.

Let’s have honest conversation about who we are and what we desire. That is a great platform on which to stand.