Is there such a thing as Everlasting Love? 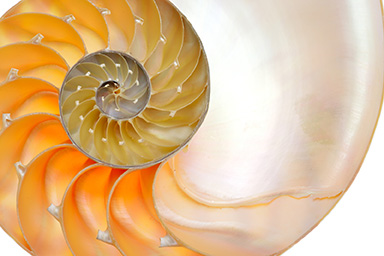 What exactly does everlasting love mean?  Do we have a romantic notion that we are to be with the same person for all the years of our lives after making a formal commitment to each other or perhaps saying the words “I do”? Everlasting love seems to be as nebulous as an adult’s belief in Santa Claus or the Tooth Fairy.Everlasting love is more like the fairy tales we are sold in romantic comedies where characters literally ride off into the sunset on horseback with hair flowing gracefully down their backs in perfect harmony with the horse’s canter.  It’s nonsense and for those who believe in such nonsense, the fairy tale version not only puts unnecessary pressure on the couple but sets them up for disappointment when the reality of their version doesn’t include a horse or the sun setting in the distance.

From Everlasting Love to Successful Relationship

Let’s look at a literal definition of everlasting.  Included in the meaning are words such as ceaseless, constant, continual, undying, and even words such as tedious and wearisome.  Tedious and wearisome; now that certainly isn’t how I would like to have my most intimate relationship described, yet most of us buy into the idea of everlasting love without having an understanding that yes, sometimes relationships do become tedious; sometimes relationships are wearisome.  That’s the nature of ebb and flow. Relationships are not immune to the natural tendencies of this cycle and that’s what I would like to talk about.

Let me back up a bit. By no means am I saying that it is impossible to share love with a romantic partner from the moment a formal commitment is spoken until the last days of a couples’ life together.  I do, however, want to offer a more realistic version of a successful relationship; one that is deeply intimate, supportive, challenging at times, irritating, loving, hard work, full of compromise and understanding without eliminating the reality that healthy relationships include misunderstandings, the occasional lackluster feeling and yes, even annoyance.  Ask anyone in long-term relationship and I assure you that they will add even more words to this list with a balance of the positive and negative attributes ofsuccessful relationship.

What’s In A Successful Relationship?

The most successful relationships (ones that last longer than the national average) are those where two individuals, complete with interests of their own, come together to share their commonality, their differences, their wisdom and their growth.  These couples are kind to each other, are complementary and know that each is deserving of their respect and generosity.  With these attributes as a base, the couple can weather a storm; will successfully navigate their way through disagreement and argument.  There is a deep understanding that they are a team together in their relationship.  This is the glue that fosters intimacy in relationship and intimacy in marriage thereby creating successful relationship.

Everlasting Love, is it real or make believe?

Remember the Everlasting Gobstopper that Willy Wonka used to test Charlie Bucket, Veruka Salt and Augustus Gloop?  I sure do.

What I found on Wikepedia is this; the fictional Everlasting Gobstopper is a candy that not only can never be finished, but never even gets smaller. It is implied that they may also be indestructible. Wonka explained that they were “for children with very little pocket money”. According to the frightening character Slugworth in the 1971 film, Willy Wonka & the Chocolate Factory, the Everlasting Gobstopper would entirely ruin his business.

I would like to apply these principles to everlasting love.  As I see it, holding onto the fictional idea of everlasting love, one that never finishes, nor ever gets smaller with an indestructible quality to it is fake. To hold our relationships to this unattainable aspiration may entirely ruin our chances at successful relationship and a healthy marriage.